The Rights Issue in summary

Full terms and conditions and instructions for the Rights Issue, as well as other information about the Company is presented in the prospectus that the Company is published on December 21, 2022 (the "Prospectus") and that is available on the Company’s (www.chordate.com) and Västra Hamnen Corporate Finance (www.vhcorp.se) websites respectively.

Timetable for the Rights Issue in summary 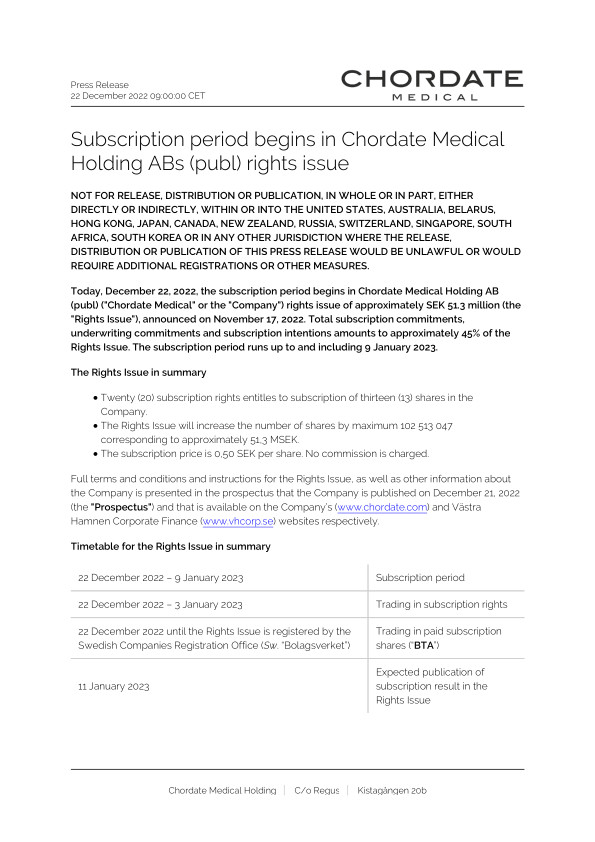