Important information
The information in this press release neither contains nor constitutes an offer to acquire, subscribe or otherwise trade with shares, warrants or other securities in Chordate Medical. No measure has been taken and no measure will be taken to permit an offer to the public in any other jurisdiction other than Sweden. Any invitation to the persons concerned to subscribe for shares in Chordate Medical will only be made through the prospectus that the Chordate Medical publishes today on Chordate Medical’s website, www.chordate.com. The Swedish Financial Supervisory Authority’s approval of the prospectus shall not be understood as an approval of Chordate Medical’s shares, warrants or other securities. This press release is not a prospectus within the meaning of the Prospectus Regulation (EU) 2017/1129 (the ”Prospectus Regulation”) and this press release neither identifies nor purports to identify risks (direct or indirect) that may be connected with an investment in shares, warrants or other securities in Chordate Medical. Any investment decision should, in order for an investor to fully understand the risks and benefits associated with the decision to participate in the rights issue, be made solely based on the information in the prospectus. An investor is therefore advised to read the entire prospectus. 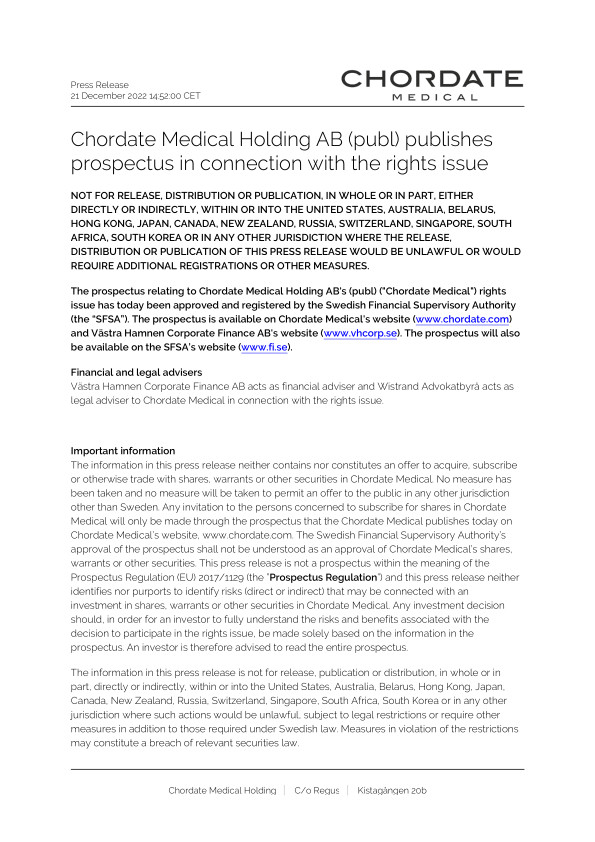 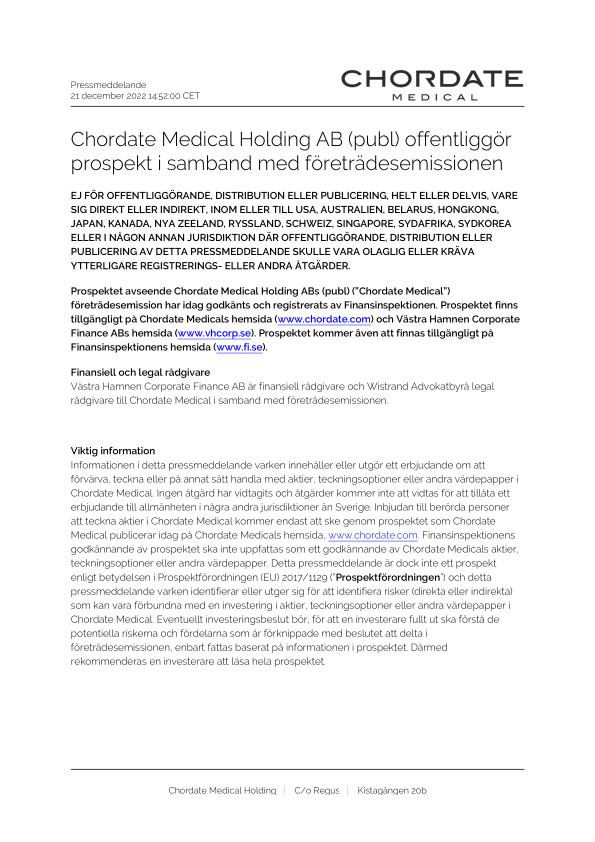